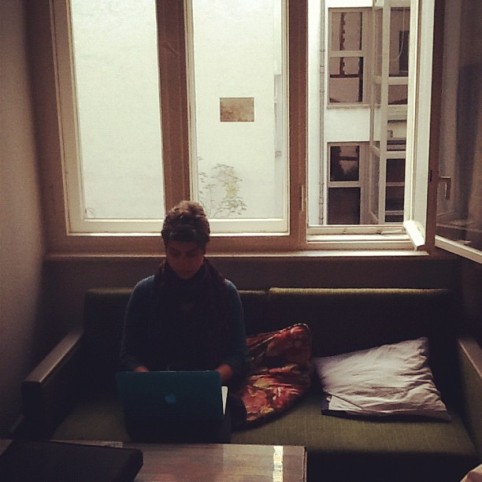 Ok, class report: What did you do during your summer vacation?

As evidenced in the photo above, I wrote a fair deal. I produced a resource for NWP’s Digital Is about turning traditional essays into one-minute videos, my first attempt at a scholarly article (fingers crossed), and a proposal for a book chapter (fingers crossed, now both hands are busy).

I also continued to not post to this blog for several months. Last year I had some great spurts of posting — and those posts reached people in the way that I had hoped — but there were also long, long periods of drought. I could never find the right spot in my week to make writing a routine, and the magical moments of inspiration did not happen frequently enough, or at least did not translate into blog posts. And the summer reminded me that, for the big stuff, writing always takes me a few days.

What did you do during your break? How did you refine your practice?

I also spent a whole month in Berlin, dusting off my German — can you tell by that foreign-looking window in the picture?